A solid understanding of square numbers is required for children in Key Stage 2 (KS2) to progress and go on to grasp parts of algebra in Key Stage 3 (KS3).

It is important for children in KS2 to understand how to calculate square numbers and to demonstrate how they arrived at their answer.

Therefore, this blog post is a complete and detailed guide helping children to understand square numbers. We will go through what square numbers are, how to work them out, how they differ from cube numbers, and some practice questions.

What Is a Square Number?

A square number is a number that is multiplied by itself. For example, let’s take the number 3.

Instead of writing out 3 x 3 = 9 every time, there is a mathematical formula we can use instead.

For this formula, you write a smaller two, which is called the Index Number next to your original number which looks something like this:

This is then no longer just the number 3, we now call this 3 to the power of 2, which means the same as:

An even simpler way to look at this and understand square numbers, is to use the letter ‘C’ instead of a number. It doesn’t matter what ‘C’ is equivalent to, this is just to get you into the habit of using the correct formula.

If we take the formula above, C² is ‘C to the power of 2’ which is most commonly known as C squared. This is the rule for all positive square numbers, but doesn’t include negative numbers. We will get onto these later in the post.

This rule applies to any positive number, because any number can be raised to any power; for example 3 to the power of 5 (3 ⁵). Today, however, we will stay focused on the square numbers.

Why are They Called Square Numbers?

Put simply, square numbers form the area of a square. Therefore calculating this area is simple, as you can multiply one side of a square by itself to get the area, as all squares must have equal sides.

To give an example, if we have a square with a side length of 3cm, all sides of this square must be 3cm. As a result, we can use our formula from earlier in the post:

Children will ask why the square number formula works this way, and the best way to demonstrate this is by drawing squares on squared paper.

It will be useful to use the diagram below as an example when explaining why square numbers have their name.
How to Work out Square Numbers
When working out square numbers, the rule is to always multiply this number by itself as shown in the example earlier:

The best way to become more familiar with square numbers is to use a multiplication grid as this contains all 12 times tables, including the square numbers diagonally down the centre.

This multiplication square is a 13 x 13 grid of smaller squares, containing the numbers 1 to 12 along the top and 1 to 12 down the left hand side. Then all of the times tables up to 12 are filled into the grid, which include all of the first 12 square numbers from 1 to 144.
The square numbers are shown diagonally down from the top left hand corner to the bottom right hand corner of the multiplication grid.

The example below outlines the layout of a blank grid, and we have created a multiplication grid resource, with the square numbers highlighted in a different colour, so they are easier to identify.

What are the First 12 Square Numbers?

To get a better understanding of the most common square numbers, take a look at the sums below.

Additionally, children will also be required to know the square number of multiples of 10 as this can help when they move on to learning the cubed numbers, which we will touch on later in this post.

Here are the first 5 square numbers of multiples of 10:

We can square negative numbers as well as positive numbers, however this is slightly different.

This formula is exactly the same for negative numbers and the final answer is also the same, as it remains a positive:

Below is a pictorial way of remembering this fact:

Take the below as an example:

It’s important to note that this wouldn’t be an example of a square number as -3 is different to 3.

The general rule for square numbers is ‘multiplying a number by itself’, and in this example we have multiplied -3 by 3, which are different as one is a positive number and one is a negative number.

What is the Difference Between Square Numbers and Cube Numbers?

It is important to understand the difference between square and cube numbers, as they are similar but with one key difference.

As we have covered, square numbers are numbers multiplied by themselves once, or to the power of two, either written as 3 x 3 or 3 ² as an example.

However, cubed numbers are numbers multiplied to the power of 3, for example:

Can you see how the small 2 has now changed to a small 3? Essentially, this means the number needs to be multiplied by itself three times instead of two times.

The diagram below demonstrates how cubed numbers are represented in a simplified way, as cubing a number just means 3 lots of a number.

When Will Square Numbers Come Up Within the National Curriculum?

Within the curriculum, questions involving square numbers are usually found in KS2 particularly in year 5 and obviously for more advanced maths calculations, when your child is in secondary school.

The curriculum states that children in KS2 should:

Be able to solve problems involving multiplication and divisions including knowledge of factors, multiples, squares, and cubes.

This learning is then consolidated in year 6 where children focus on cube numbers and equivalence statements, which are sums that equal the same on both sides of the equals sign.

To give an example:

On top of this, the non-statutory curriculum notes that children in KS2 should be able to use and understand the terms: factors and factor pairs, multiples, prime numbers, square numbers and cube numbers, and be able to use them to construct equivalence statements.

This will help their understanding in KS3, when dealing with problems involving both squared and cubed numbers such as in algebra equations.

Other Types of ‘Squares’

Square numbers aren’t the only ‘squares’ involved when it comes to KS2 maths, and it is important not to confuse square numbers with square roots of numbers.

We display this differently to square numbers too, using a specific formula that looks like a tick. See the example below:

The square root of a number, which in this example is 3, is the number that can then be multiplied by itself to equal the original number.

Using practice questions is a great way to test children’s knowledge, so we have included some below to put everything outlined in this post into practice!

We will work through each step of each of the example questions below.

What are the first 5 square numbers?

The easiest way to work this out is to start from 1 and work your way up to 5.

Take it one at a time and work out each number to the power of two or multiply each number by itself.

Each answer will be a square number.

Explain why 1 is a square number?

The first question helps us out here, as we already know the 1st square number is 1.

The reason 1 is a square number is, because if we multiply 1 by itself, this equals 1:

If the length of a square is 7cm, what is the area of the square?

If we have a square that has a length of 7cm, this means that all sides of the square are 7cm too.

Therefore, we can work out the area by multiplying 7 by itself so:

Therefore the area of this square is 49cm². (Note that it is important that the cm². Is added to your final answer as, otherwise, it means something different.)

In order to prepare children for KS3 maths, square numbers are an essential part of the curriculum to master. Square numbers are a good foundation for learning cubed numbers and equivalence statements in year 6 before moving onto algebra in year 7 and above.

Square numbers alone can be difficult for children to get their head around, so providing them with extra support by getting a personal tutor involved could help to take the pressure off.

At Redbridge Tuition our tutors are experienced in all Key Stage areas of learning, so if you feel like we could help you, please get in touch. 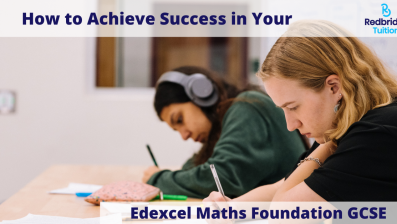