A tutor’s musings about the education system

By Rupa Harji (Founder of and tutor at Redbridge Tuition Limited)

This article is the thoughts and musings about the education system and whether it is fit for purpose in the 21st century. 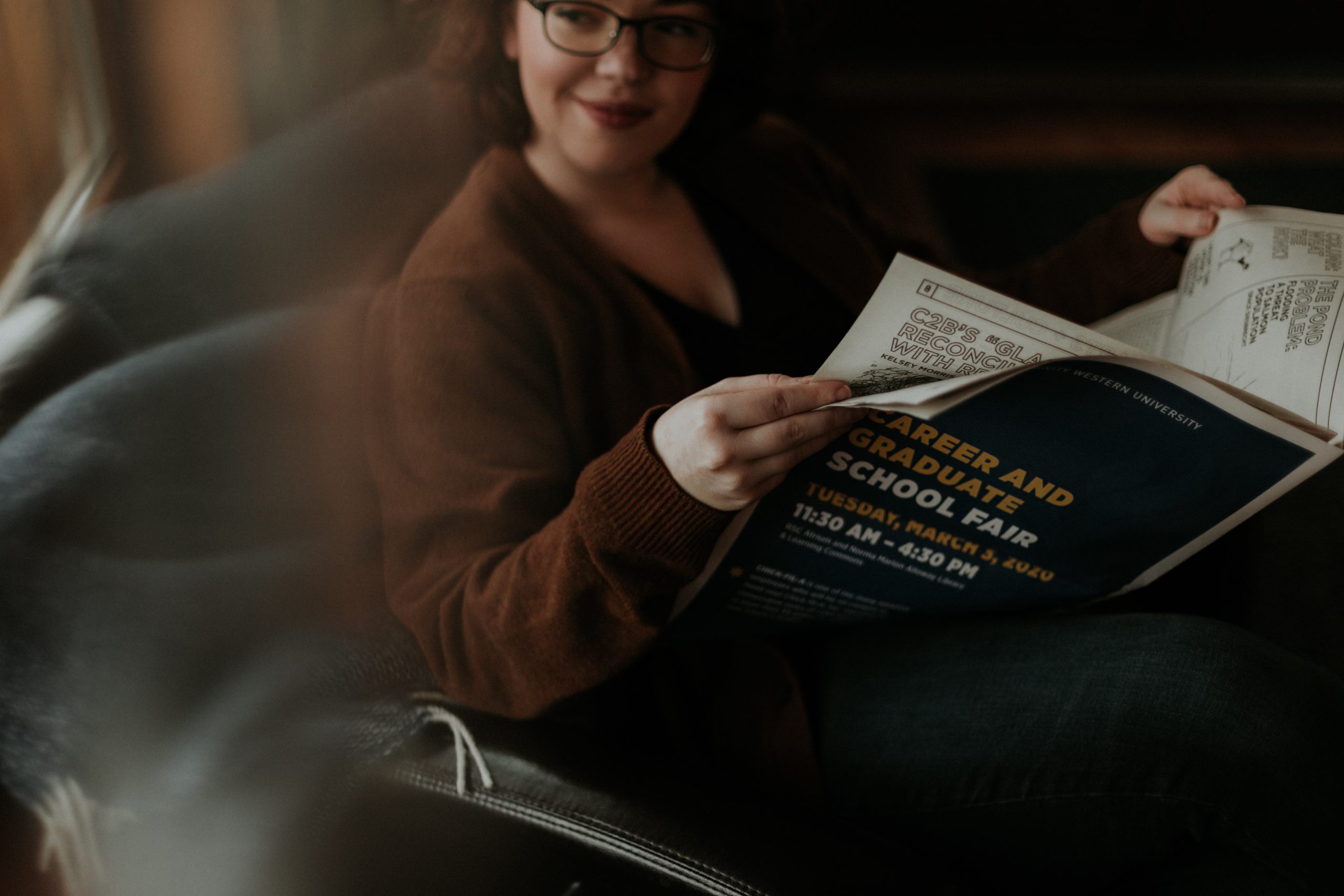 On a rare day off, I was sitting reading some business articles and turned on the TV for some background noise. As I flicked through the channels, I came across a 1967 film called To Sir with Love. It is a film about the bond that forms between a new teacher and his allocated class of sixth formers in a less affluent East London school. This film was released 23 years after The 1944 Butler Act which raised the school-leaving age to 15 and provided universal free schooling in three different types of schools, one of which was the grammar school, which used The Eleven Plus Tests for entry into these schools.

I have seen To Sir with Love countless times so it was ideal for what I needed as I know the story so well. For those who do not know, the film stars Sidney Poitier and Lulu, among other famous actors. The film is based on the semi-autobiographical novel of Edward Ricardo Braithewaite, one of the first black teachers in England.

My interest in the film was not because it covers the racial issues or the very British issue of class as at that time. It was because it is a look at the British education system from an outsider’s perspective in the ’60s, which is often said to be a very progressive era. That and the fact that by the end of the film, Braithwaite finds his calling completely by accident.

As I settled down to my article, one line in the film caught my attention. Early on in the film, a teacher states that education is a disadvantage in this day and age and that these children will be earning twice as much as the teachers very quickly after leaving school. This is a very common sentiment even today, and probably still, often not far from the truth.

In 1997, a very famous American businessman, Robert Kiyosaki who published `Rich Dad, Poor Dad’, states that his ‘poor dad’ had a PhD and retired poor, while his rich dad had no formal higher education and was wealthy.  There are no others that I know of who talk about two dads, however, there are many others who say there is no ‘real’ education in schools. Now while the book focused on financial education, the sentiment was still there that the children would leave school, ill-prepared for the real world.

In this day and age, the issue, I think, is that how we teach changed. During this pandemic, in fact, there has been no option but to change. However, what we teach has remained more or less constant. A tutee often comments in my sessions on whether what they learn will be of use in the outside world.

An example in my own life is a friend of mine who is now in his 70’s, who told me how he was a teacher at one point. As he watched children also heading to school, some of whom were in his class, a thought occurred to him. These children would soon be earning at least twice what he earned. He immediately quit and retrained as a jeweller with Faberge. Interestingly, both his children went on to become teachers and have stayed in the profession. 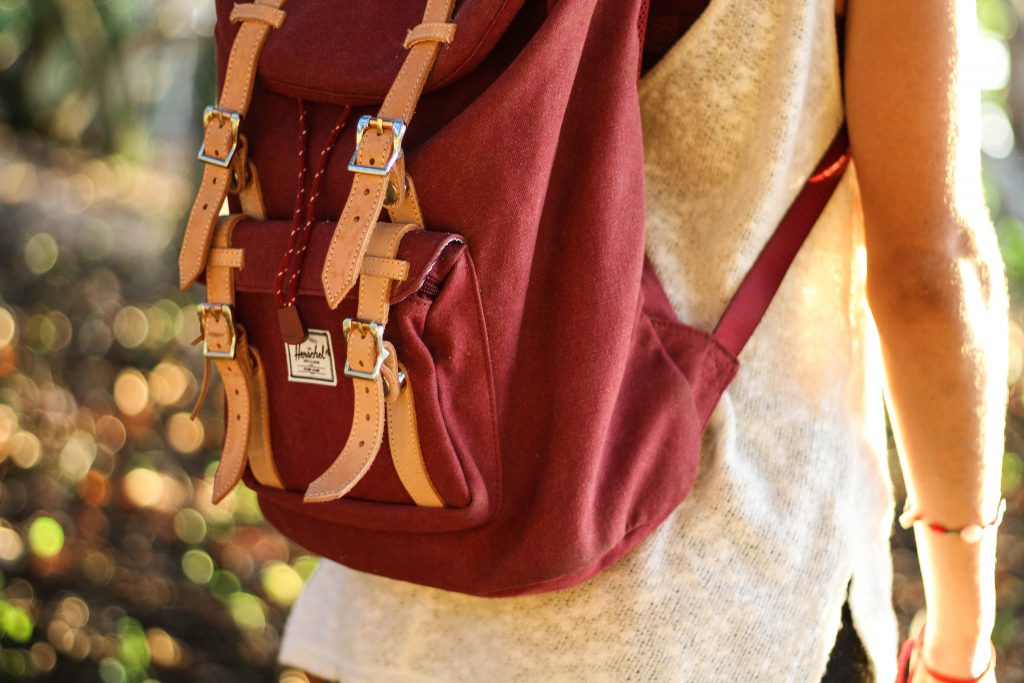 In the film, Poitier is an engineer with countless degrees and is unable to secure an engineering position. He takes a job in a PRU (a school for children with issues who cannot fit into mainstream school) to make ends meet. The children are described as ‘rejects from other schools’ in the film- what we would call excluded now.

Teaching is a vocation, a calling but even then, teaching was and is not seen as a ‘high’ profession. Teaching needs empathy, passion and above all, patience, lots and lots of patience. Not long into the film, a teacher remarks that Thackeray (Poitier) is ‘a lamb to the slaughter,’ to which he responds that he ‘is just a teacher.’

Can you imagine any other vocational professional, say a doctor saying she is just a doctor, a lawyer or an accountant saying he is just a..? 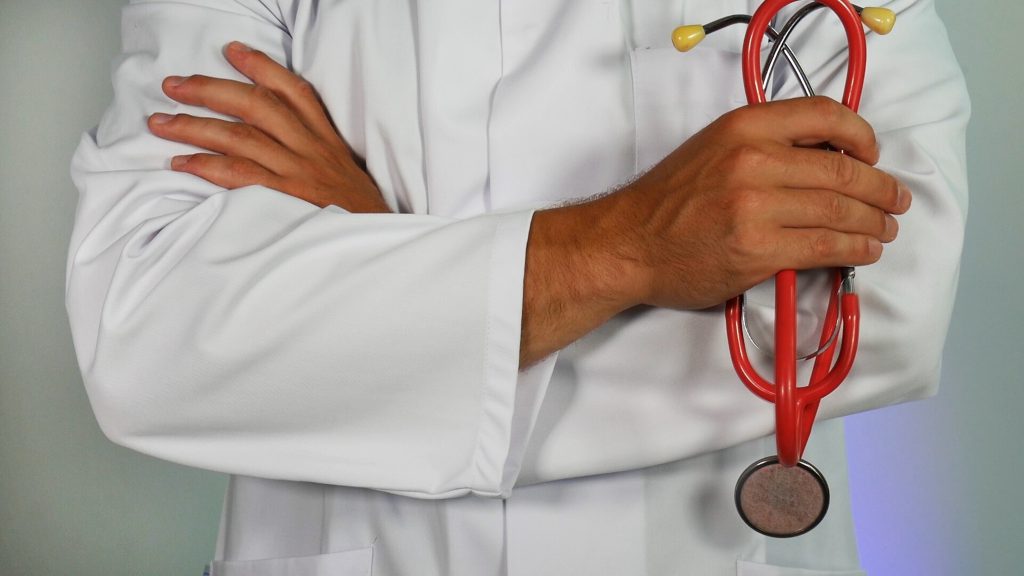 Another new teacher in the film describes the job as ‘frightening but challenging’. This is not far from the truth. A teacher is in charge of moulding children’s lives. Yes, they are hired to impart subject knowledge, but the dynamics always, always make it much more than that.

As a tutor, I speak to many teachers and have friends who are or were teachers. Many of them are scathing of the profession and its politics. Despite this, most are still passionate about teaching and the difference it can make to a child’s life.

I have worked in many industries, from retail to finance to education. I worked in each industry for several years. By far the hardest is the education industry, whether as a teacher or a tutor. For me, teaching takes every ounce of my energy, every nook and cranny in my head. In fact, all the energy I can muster daily. You have to give physically, emotionally and mentally. Teaching gets into your blood and will take over your life if you let it.

As I sipped my tea, it occurred to me actually how little education had changed in the last 30 years. If we compare to how much our working practices had changed in that same period, there is a stark contrast. In 1967, a teaching qualification was usually required to become a teacher. However, I think you did need at least a degree to become an unqualified teacher.

It also got me thinking about the role of the state and the parents in educating their children. Especially as home learning is such a massive focus during the lockdown. 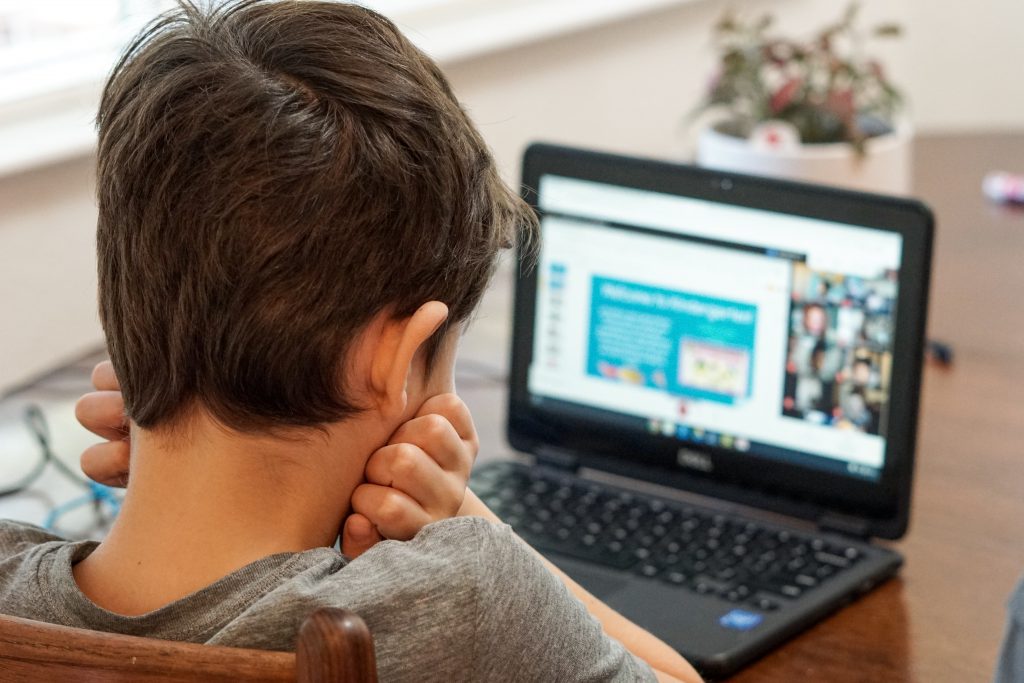 Over the years, there have been many discussions about the purpose of education. In particular, concerning whether formal education is fit for purpose in preparing children for  society.  We need to ask ourselves, what can we do to improve the education system?

Twenty years before the film, in 1947 Dr Martin Luther King wrote: Education must enable a man to become more efficient, to achieve with increasing facility the legitimate goals of his life.

In 2015, the then schools minister, Nick Gibb made a speech in which he said, ‘education is the engine of our economy, the foundation of our culture and an essential preparation for adult life.’ This was just after the new National Curriculum was introduced in 2014. 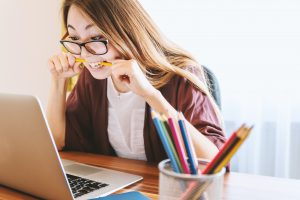 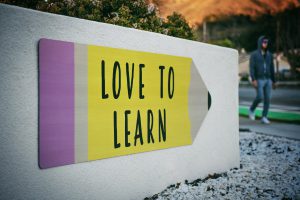 We can see then, that the purpose of education can be practical or  philosophical.

Apart from allowing both parents to go out to work, why do children go to school? Sure, literacy is crucial, but if that was the only reason, then we would have learned only maths and English. I am oversimplifying this whole issue, but as I see it, my question is at the heart of the matter.

During lockdown, teachers became childminders for children of key-workers to allow them to go to work. This latest lockdown has seen a little more teaching going on as everyone has had time to organise lessons. Not all schools, however, have been able to deliver the whole curriculum.

Every school has a responsibility of  making sure that every child is literate. Furthermore, the health and safety, the well-being of every child in its charge is considered.

Purpose of the Education System

In the film, Thackeray realised that he needed to set certain standards to make an impact on these children. It reminded me of the basketball coach, Ken Carter (in the film Coach Carter) who in 1999 was suspended for shutting down the gym and stopping basketball practice and games for his team because of poor academic performance. 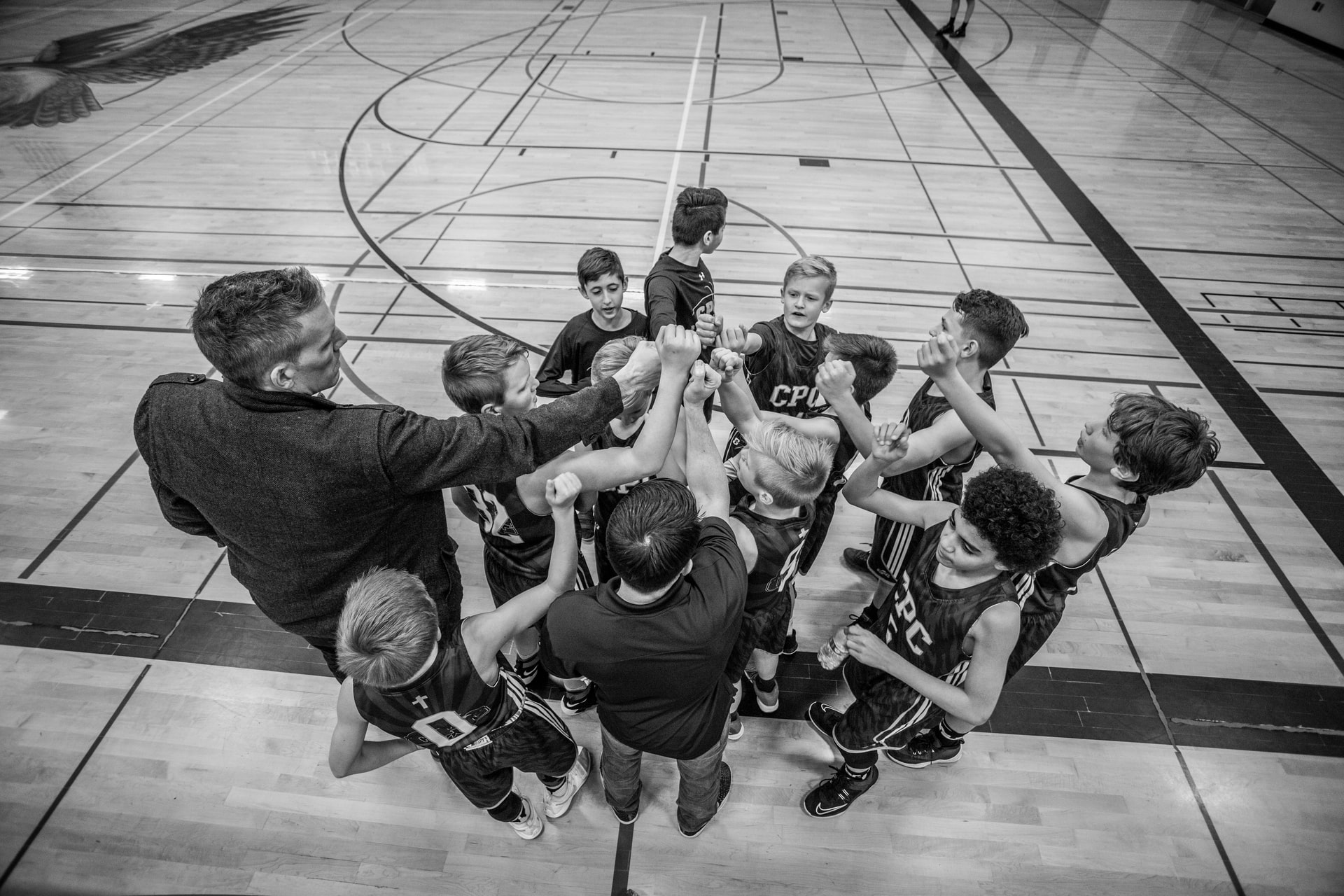 Interestingly in both these films, a broken boy turns to the teacher as he has nowhere else to go. Of course, there will be poetic licence in this for entertainment purposes, but the sentiment is still there; that teaching is more than the 3R’s. It is about empathy, caring and patience.

This brings me back to the purpose of education. Is it to make sure that children are literate? To ensure Britain has a workforce that is competitive in the global market? Or is it more about creating a society that is inclusive and fully-functional? 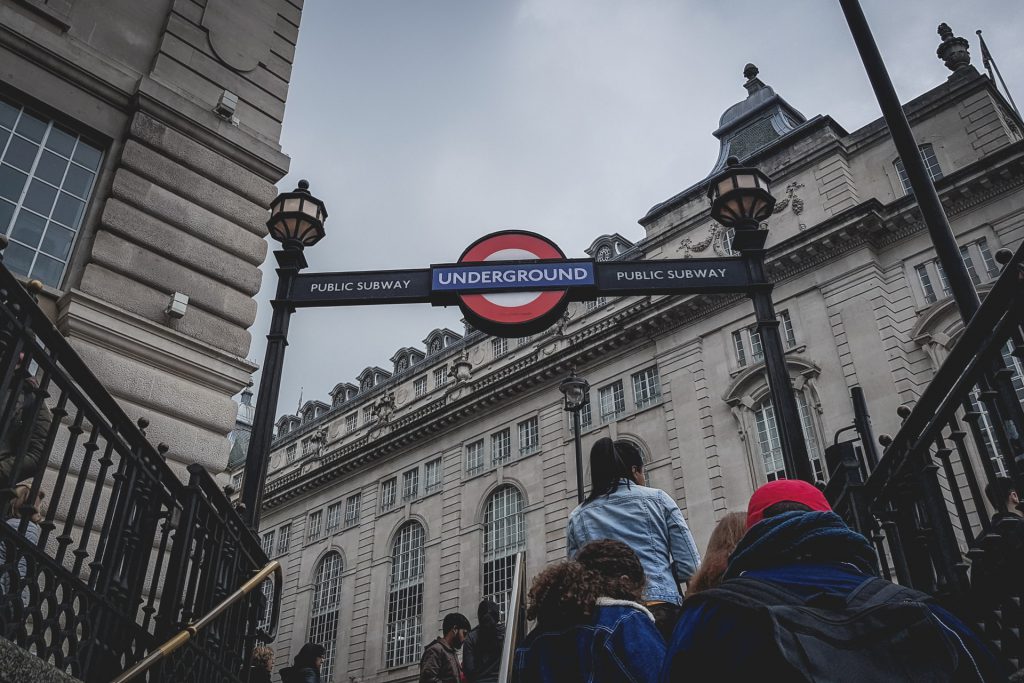 Clearly, education is not a static field. It evolves and is constantly evolving. In his book Hard Times, Dickens wrote, ‘teach these boys and girls nothing but facts. Facts alone are wanted in life.’

Thankfully, how children are treated has evolved since Dickensian times. In essence, however, schooling is still the precursor and foundation to young adults becoming productive members of society.

So, given that many facets of education involve more than just facts, is our current education system fit for purpose?

In April 2016, Simon Gibbs, an educational psychologist put it perfectly in the conclusion of his blog, Some thoughts on the purpose of education.

Education fails if it does not engage and motivate learners. Furthermore, it must provide them with skills that enable them to contribute as creative beings now and in the future. At the moment, education systems are not fit for that purpose.

Once this pandemic is over, what lessons will we learn about the reforms needed in our education system? 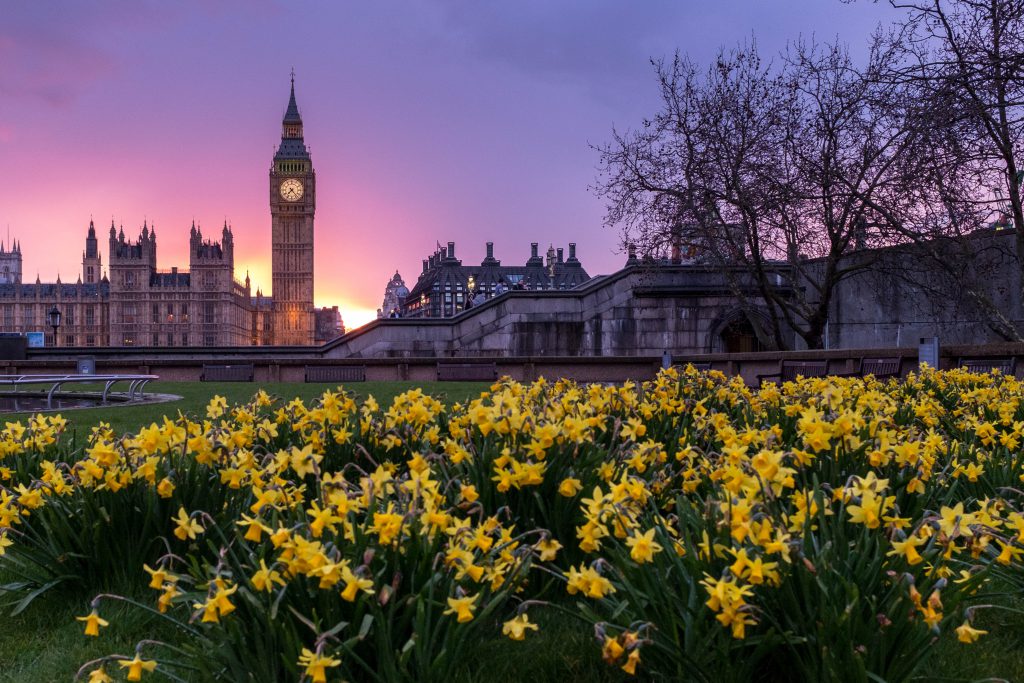 If you want to read more about educational topics, please check out more of our blogs.

For further engaging education content, you may wish to try our podcast.

All information is correct at the time of publishing.