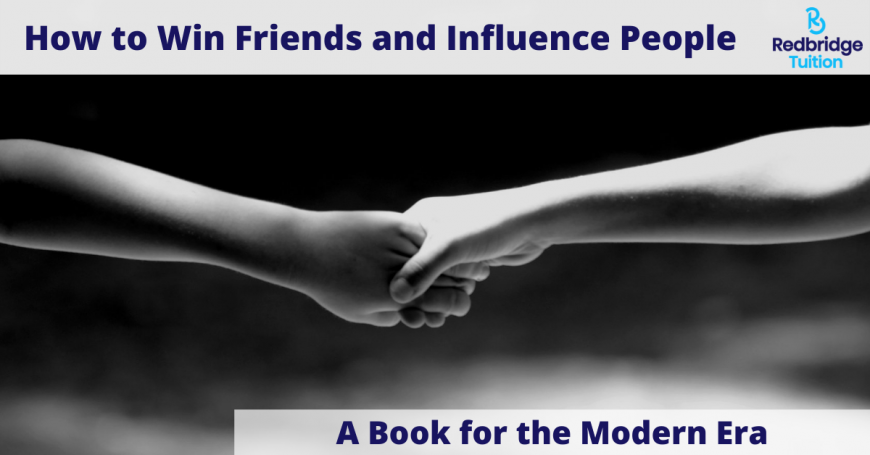 ‘How to Win Friends and Influence People’ by Dale Carnegie – Introduction

‘How to Win Friends and Influence People’ by Dale Carnegie is a must read. It has sold more than 30 million copies, and many successful business people have commented on the significant impact the book has had on their lives. Some people even go on Dale Carnegie courses.

Dale Carnegie has become more than a man; he’s a brand. His name has become synomynous with success in the professional sphere.

The great investor, Warren Buffett actually keeps a copy of the certificate in his office. He stated,

I started reading the book because of its reputation. This blog provides some of my thoughts on the book.

If you’re too lazy to read, check out our video about the book:

The Book in 3 Sentences

Everything in the book is useful and would make the world better.

I feel like I already do a lot of these things instinctively, however, I will need to remember things like ‘you can’t win an argument’ and surrender the credit in the heat of the moment when they are required.

Sometimes it is important to be reminded of the things you know are true, and this book provided me with plenty of helpful reminders. Dale Carnegie may not be saying anything revolutionary, but tried-and-tested formulas for maintaining strong interpersonal relationships is an important thing for anyone to know.

Who Should Read It?

The people who should definitely read the book are people that run a business (or tuition franchise), anyone that deals with people on a regular basis, and sales people. However, if everyone read the book and behaved in the way the book describes, the world would be a better place.

How the Book Changed Me

Since I have read the book, I have changed some of the ways I deal with people.

First, I’ve started trying to not attempt to win arguments. I’m one of those people who tends to want to win arguments. However, when I look back at times when I have attempted to argue with others, I realise that there is rarely a positive outcome. The other person is often left in a state of feeling dejected and believing that his/her opinion is not valued.

Second, I’ve made extra effort to talk to others more in terms of their interest rather than the usual what do you do, where do you live etc. These types of questions don’t communicate your interest in the person and are quite boring. This skill comes with practice but can be developed over time.

Finally, I’ve made an effort to not focus so much on criticising, condemning and complaining. Any criticism I have provided has been sandwiched between positives.

My Top 3 Quotes from Dale Carnegie

‘Leave others a little better

‘You can’t win an argument’

You can’t win an argument

Dale Carnegie believes that nobody wins in an argument. Each person just becomes more and more convinced that they are correct. Even if you do eventually win the argument the other person goes away feeling bad and upset so essentially no one wins.

Never tell a man he is wrong.

Seek their perspective and gently show the fault in it. You can even tell someone they are wrong by just a look, gesture or tone. It sends a direct blow to the other persons self-respect, ego and intelligence. This will only make them want to strike back rather than agreeing with you. Correct them subtly to the point where others don’t even know you’re doing it. You can even go in with saying that you yourself might be the one who’s wrong. If you are wrong, admit it as soon as possible and do it emphatically.

Ask questions instead of giving orders.

Request instead of demanding. Rather than saying ‘you need to clean the dishes now’, say ‘hey, do you mind giving me a hand with the dishes?’. This way the other person believes that the choice was theirs whereas it was in fact yours.

Always use people’s names. Use them often in conversations to memorise them. This is also a good sales technique. In tuition classes, we always use the students’ names as we know that it helps to build rapport.

Conclusion: Dale Carnegie provides us with plenty of wisdom

The modern world has expanded our boundaries of communication. We can talk to someone on the other side of the world, but are our interactions getting more quality?

How to Make Friends and Influence People is a timeless classic that is probably a must-read for the majority of the population. In the world today, most people are busy and have little time for others. Many are also self-absorbed and preoccupied with their own thoughts. This book reminds us to treat others with dignity and respect, and should be on your reading list.

If you want to read the book, please use our Amazon link:

How to Run and Manage Your own Tutoring Business

Why Would you Want to Start a Tutoring Business? Starting a tutoring business is not...

When should I start preparing my child for the 11 plus exam?

11 Plus Exam Preparation 11 plus exam preparation can be confusing, and even at times,...